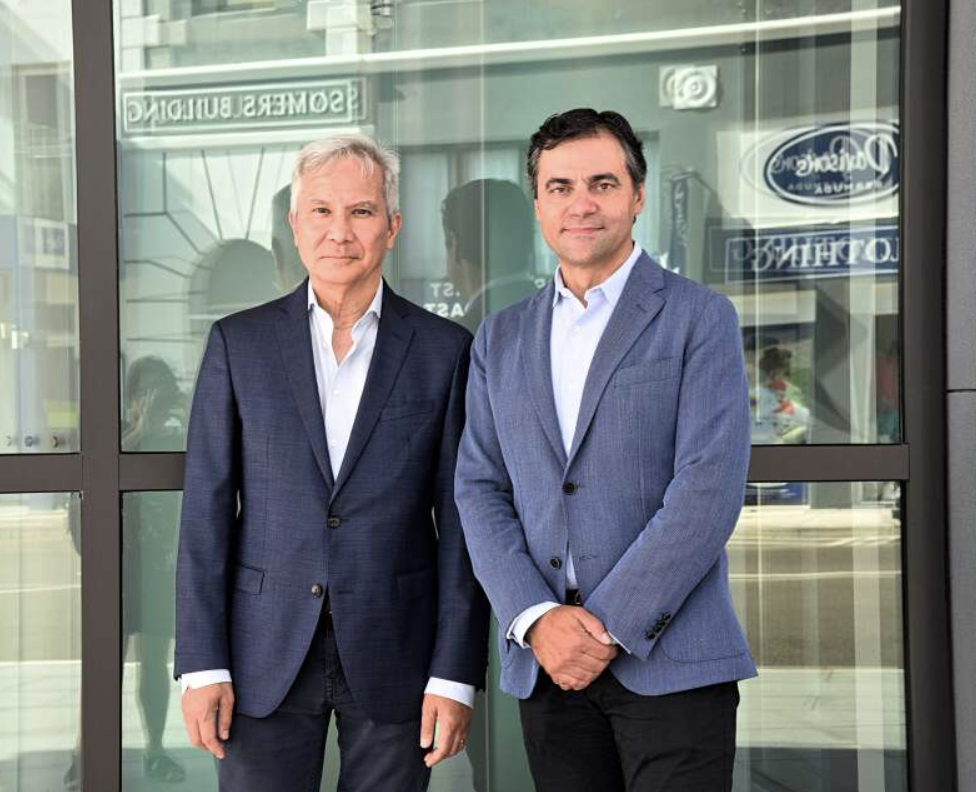 Bermuda’s fintech-friendly atmosphere and strong technological infrastructure has led to the formation of a new cyber-risk modelling company.

“We really think that Bermuda will play a critical role in the ecosystem,” Mr Seara said. “We want to be where the business is. The opportunity for DeNexus to grow in Bermuda is massive.”

Mr Sirr said that a major factor for choosing the island was the Government’s support for new types of companies in a global risk centre.

He worked for a brokerage in Bermuda 40 years ago. Today, he mainly acts as an adviser to start-ups.

“It is quite astounding to me how the island has expanded even further,” Mr Sirr said.

DeNexus is based in Sausalito, California, and has offices in Spain, the United Kingdom and Switzerland. Mr Seara set up DeNexus in 2019 and has about 30 staff members.

With the addition of the Bermuda office, Mr Seara hopes to eventually double the size of his company.

The goal is to have several staff members on island before the end of the year. He said that they will be bringing in staff and hiring locally.

He noticed a gap in the cyber-risk market while working in the energy industry.

“The previous company where I was chief executive officer was warehousing a significant amount of cyber-risk,” he said.

He became frustrated because the industry was not providing him with solutions to understand, mitigate and transfer the risk.

“Especially in our industrial world, pretty much no one was talking about this risk ten years ago,” he said. “There were no solutions because the risk had not even been identified at that time.”

When the company Mr Seara worked for was sold, he decided that his problem was actually a terrific business opportunity.

“In the last three years, we have been developing technology to quantify cyber-risk for large industrial corporations,” he said.

“It is all about data and data analysis. We collect a vast amount of data, from different sources, simplify these from three main sources from the outside world, existing databases and records of claims and losses.”

DeNexus tackles cyber-risk modelling by collecting data from clients in the industrial sector.

“That is our main differentiator compared to any other cyber-risk modelling out there,” Mr Seara said. “That tells us how vulnerable that facility is to the bad guys.”

The cyber risk they handle is classified as low-probability, high-impact.

“For that type of risk, the insurance industry plays a critical role,” Mr Seara said.

“That is the type of risk that the owners do not want to keep in their balances, so they consider transferring it. For these industrials the capacity they need is significant. These are hundreds of millions of dollars or billions of dollars worth of risk.

He said there is no question that Bermuda is a leading jurisdiction in this area.

Mr Sirr said once they are on the ground they will be working to raise awareness of the potential for their technology.

“That is the first step — to get them to feel this is something they can work with and at the end of the day be able to produce products that make sense for the clients we have,” Mr Sirr said.

1. What was your career journey that led you to joining DeNexus?